How Do I Know if I Have a Food Sensitivity or Intolerance?

Bloating, gas, cramping, inflammation, joint pain and skin rashes. What do these symptoms have in common? They are all potential side effects of having a food sensitivity or intolerance. But what is the difference? And how do you find out if you have one?

Food sensitivities and food intolerance symptoms both occur when a specific food is eaten and it causes a reaction. In the case of food sensitivities, an immune response is activated, meaning the body’s immune system kicks into gear. This generally happens when specific food proteins, or antigens, squeeze their way through the intestinal wall lining. The body recognizes this antigen as an “invader” and proceeds to attack it, like it would with any other foreign object that gets into your circulation (1). When the white blood cells attack, they release pro-inflammatory chemicals, or mediators, to fight inflammation. Over time, continually ingesting this food causes the immune system to always be on attack. This sustained inflammatory response causes the white blood cells to settle into surrounding tissues and cause even more damage (2).

Food intolerances do not elicit an immune response. They are considered more of a functional gastrointestinal problem. These occur when the body either lacks the proper enzymes or does not produce enough enzymes to break down, or digest, food. Large, undigested food particles then travel to your large intestine and the bacteria in your gut starts to ferment them. This causes gas, bloating and other unpleasant gastrointestinal symptoms. Common foods that individuals are intolerant to include: cow’s milk, wheat, food additives, food chemicals, and caffeine (3).

Diagnosing food sensitivities and intolerances is difficult. The onset of food sensitivity reactions are usually delayed, making it difficult to pinpoint the trigger food. There are many tests that claim to diagnose food sensitivities by testing the antibody IgG. IgG antibodies are one component of the immune response that protect against harmful viruses and bacteria. They have what is called “antigen memory” so they remember the invaders and are able to fight them upon a second exposure. However, IgG antibodies are usually present when you eat, and may actually indicate a tolerance to those foods. There are many other inflammatory chemicals that are released when eating a food the body may be sensitive to, so investigating only one potential marker may not help in uncovering true food sensitivities.

The traditional and more time consuming method is following an elimination diet. In an elimination diet, common food triggers are completely removed from the diet for a period of time, usually 3-6 weeks. Foods are then re-introduced one at a time to test tolerance. Elimination diets have been used for years as the gold standard for identifying food intolerances and sensitivities. However, they can take a long time and will not work if the trigger food is not eliminated at the beginning of the program.

In my practice, I use a combination of Mediator Release Test (MRT) and elimination diet called the LEAP protocol to help identify food sensitivities and intolerances. The MRT test identifies food sensitivities by measuring all chemical mediators that are released when the blood is exposed to food proteins, not just IgG. The test assesses 170 different foods and food chemicals and ranks them on a reactivity scale indicated by green, yellow, and red. The more mediators that are released from exposure to a food or food chemical, the higher reactivity score it receives. Then the individual is placed on an elimination diet starting with the lowest reactive foods and working their way up. Foods that are yellow and red are removed for 3 and 6 months, respectively, and then reintroduced or “challenged” to test tolerance.

Many individuals with autoimmune diseases have corresponding food sensitivities and intolerances (4). Identifying the foods that trigger an immune response and ultimately chronic inflammation is a crucial step in managing symptoms, healing the body and achieving remission. If you are ready to take this next step in your healing process and reduce unwanted symptoms of autoimmune disease, schedule a quick call with me here to learn more about my approach. 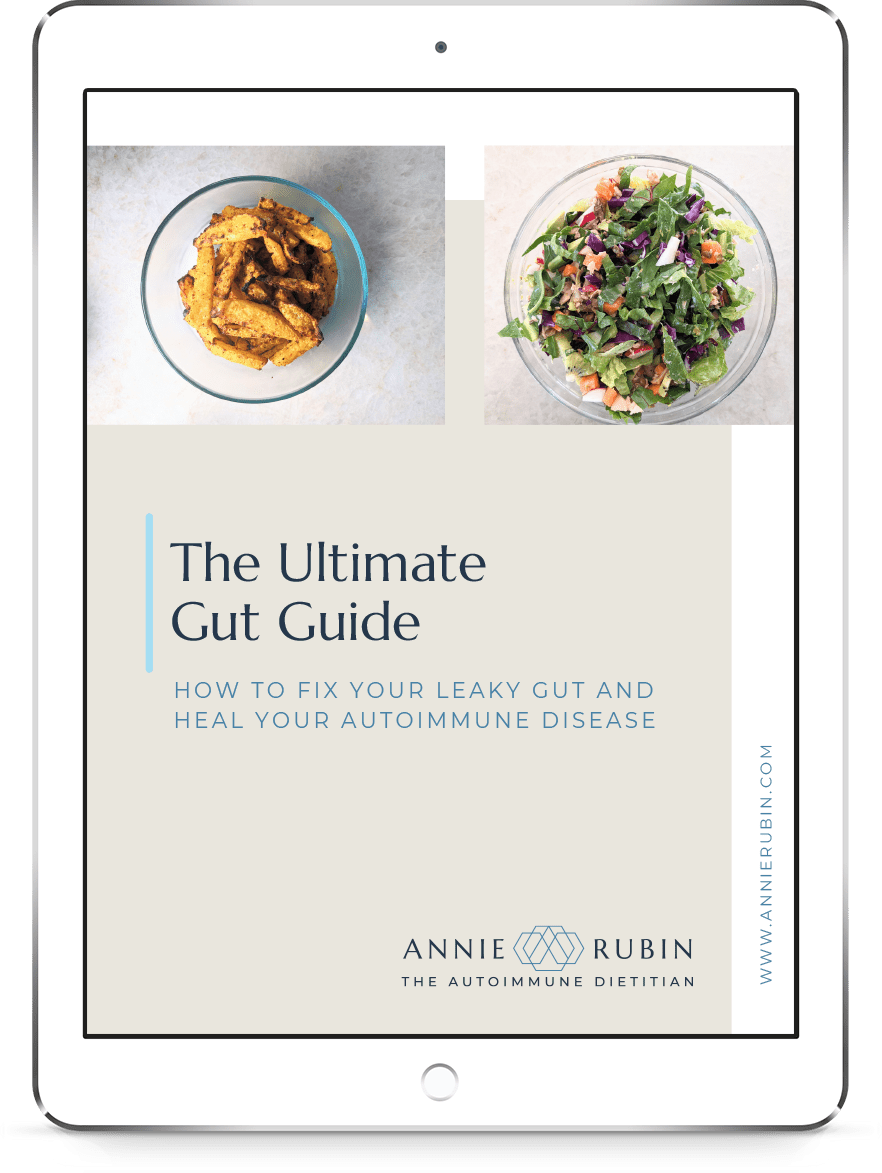 Why should you meal plan when you have an autoimmu

If I could name one area where people really strug

I am a former disordered eating restriction addict